This document covers Wikibon’s definition of public cloud. It is a companion piece to Wikibon’s 2016 Public Cloud update http://wikibon.com/wikibon-2016-public-cloud-forecast-update/. Due to its increasingly central role in delivering IT services and its disruptive nature, definitions vary considerably from vendor to vendor. Our definition aligns with the NIST definition, but acknowledges public cloud vendor revenue reports of their public cloud business.

Cloud is a disruptive technology changing the face of enterprise IT. By providing infrastructure services (IaaS), applications service (SaaS) and platform services (PaaS), cloud service providers are changing IT procurement from capital investment to operational expenditure, and allowing traditional IT to be by-passed. As the Internet of Things grows; as Internet data streams become a larger proportion of enterprise data processing; the locus of IT will shift closer to the public cloud, and reduce the friction for IT adoption. Wikibon expects public clouds to comprise about one third of total enterprise IT spend by 2026. Wikibon expects that this move will have significant impact on traditional IT hardware and software vendors.

Users and vendors have varying definitions of what they mean by “cloud”. For consistency, we have mapped our public cloud definition to conform to the NIST definition (from Wikipedia). The National Institute of Standards and Technology’s definition of cloud computing identifies “five essential characteristics” which Wikibon adheres to in this study:

Of course, users and vendors may not be so exacting in their internal definitions of what “cloud” means to them. However, we are confident that our data closely correlate to the definitional framework above.

Simply put, “Cloud computing allows computer users to conveniently rent access to fully featured applications, to software development and deployment environments, and to computing infrastructure assets such as network-accessible data storage and processing” (NIST)
While all forms of cloud (and legacy solutions for that matter) have their place, the unique value of public cloud (as opposed to private and hybrid cloud) is characterized by:

In this study, Wikibon is using the following as the definition (See Figure 1) of the architectural differentiation of SaaS, PaaS, and IaaS.

The operational distinctions between SaaS, PaaS, and IaaS are described below:

However, in our view, this just indicates that public cloud is being leveraged from many different angles and is building significant momentum as it encompasses both product and service delivery mechanisms, pretty much penetrating into all aspects of information technology. 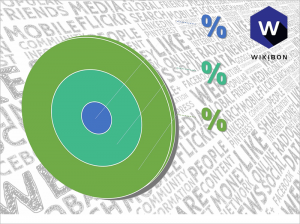 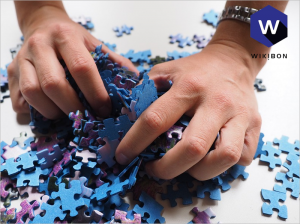