Beware CIOs: Cloud and Control Can Be Mutually Exclusive 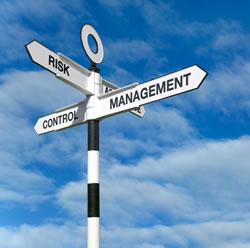 Windows NT is still in use.  Sure, it’s only running on 0.11% of today’s systems, but for a variety of reasons, there are still a lot of Windows NT 4.0 implementations out there.

Windows 2000 is still in use, too.  In fact, I still see Windows 2000 servers running at client sites and happily working away at whatever it is they are doing.

Windows Server 2008 servers are also still in wide use and support a variety of services for organizations.

“If you don’t upgrade by the June 1, 2014, deadline, you’ll automatically be upgraded to a supported Guest OS family.”  That was in an email that I received last night; in fact, I was in the middle of a completely different article for Wikibon when I got the message, but I realized that there is a lot to learn here.

If this support change bothers any customers, there are a number of lessons to be learned:

Cloud does equal some loss of control

If you decide to move your services into someone else’s environment, you’re losing some control over running everything in your own data center.  It’s just that simple.  Even if you just dragged all of your own equipment into a colocation facility, you’re still relinquishing some control of your environment.

If you move into the cloud, you gain all kinds of new flexibility, but that doesn’t always mean that you can do anything you like at every provider. With that in mind, this is where competition is a good thing.  If you can’t find a provider that will support that critical Windows Server 2003 system, look for one that can.

That’s the beauty of choice!

Going into a new environment requires all kinds of due diligence.  Microsoft’s new OS support policy makes it very clear what they will and will not support.  For new customers, there is no excuse for not knowing that Microsoft will end support for certain guest operating systems at certain points in time.

Good CIOs know that everything they have under their purview is going to go away.  At some point, it needs to be replaced.  In fact, I used to tell my CEO that I’d rather have him add $20,000 to my budget permanently than to give me a one-time infusion of $100,000.  After that $100K runs out, that’s it.  The upgrade cycle is over.  However, with $20,000 permanently, it becomes possible to plan for the future and ensure a sustainable deployment.

Even if you’re planning to move major services into the cloud, make sure that you’re thinking about your next move and how you’ll continue to deal with obsolescence, particularly once you do give up some control.  It becomes increasingly important to have a plan when you’re at someone else’s mercy.

In other words, keep doing what you’ve always done with regard to technology planning.

A full one-year’s notice is good form on Microsoft’s part since it gives customers ample time to either upgrade or, if that’s not possible due to application constraints, to move to a different solution.  Either way, the lessons are clear.  New workload execution opportunities can be incredibly powerful and enticing, but they come with risk that may only become apparent when that first “obsolescence” email arrives in your inbox.