IBM’s annual revenue last year dropped below $100 billion for the first time since 2010. The company’s fourth quarter results were particularly weak, coming in 5.5% below expectations. This was due in large part to IBM’s struggling hardware business, with revenue dropping a staggering 27%. 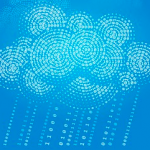 Much of the blame can be attributed to the cloud, or I should say to IBM’s slowness off the block in adapting to the cloud. As more and more enterprises look to public cloud providers such as Amazon Web Services to support new applications, demand for on-premise, highly-optimized, expensive hardware slows. IBM made its own attempt to provide cloud services with its SmartCloud offering, but the service never caught on, a reality IBM acknowledged with its decision to shutdown SmartCloud at the end of this month. IBM is shifting SmartCloud customers to SoftLayer, a cloud service provider it acquired in 2013, and will invest $1.2 billion in the service over the next several years. As for its hardware business, IBM today announced it is selling its x86 business to Lenovo, but will retain its high-end converged solutions including its PureData System line (Breaking Analysis from Wikibon here.)

IBM’s predicament is not unique, nor is cloud the only major disruptor. While there are a number of technology movements or trends taking shape these days (BYOD, DevOps, cryptocurrencies, etc.), none are having more significant impacts on the business models of large IT stalwarts as the cloud and Big Data. The behemoths of enterprise technology that have built highly profitable, repeatable and sticky businesses with on-premise and often expensive, highly-optimized hardware are under pressure to adapt to these two uber-trends or risk years of slowing growth and dwindling market share.

In IBM’s case, Big Blue was clearly behind the curve when it comes to the cloud. The same could be said for Microsoft. As for Big Data, the laggards are companies like Oracle and, to a lesser extent, Teradata.

For years, Oracle has dominated the relational database business. It has nearly 50% marketshare to this day. Oracle built its database business with high-performance, reliable but expensive and somewhat rigid products, including its Exadata Database Machine. Exadata is a finely-tuned database appliance that relies on Oracle’s expensive, proprietary hardware. But the rise of Big Data, which is premised on open source software and inexpensive commodity hardware, is putting significant pressure on both Oracle’s database and data warehouse businesses.

Instead of paying multi-millions of dollars to Oracle for large-scale data warehouse and analytics technology, enterprises can instead spend one-tenth the price with companies like Cloudera for its Hadoop distribution and deploy the software on low-cost commodity boxes. Likewise in the operational or transactional database segment, enterprises are increasingly turning to innovators like MongoDB (formerly 10gen) to support new web and mobile applications with open source-based NoSQL database software at a fraction of the cost of an Oracle database. And in both cases – large-scale analytics and web-scale operational applications – emerging Big Data technology is more flexible and scalable than traditional relational database management systems.

Of course, cloud and Big Data are not mutually exclusive. Legacy IT mega-vendors, with their huge product and services portfolios, are impacted by both cloud and Big Data and must adapt to both. Not to pick on Oracle, but in addition to its Big Data challenges, the company is likewise struggling to fend off competition from cloud application providers like Workday, as Cowen & Company’s Peter Goldmacher points out. The result has been sluggish growth for the last 18 to 21 months. IBM, in contrast, is actually well ahead of the curve in the Big Data space, having invested heavily in acquiring analytics companies over the last seven or so years. True, IBM’s PureData appliances fall into the expensive-but-high-performance category, but IBM is also innovating with services like the Watson and has embraced open source technologies like Hadoop and MonogDB, giving the company a good mix of Big Data products and services.

There’s also the intersection of these two trends to consider, as enterprises increasingly

look to deploy and consume Big Data technology and services from the public cloud. On this front, both IBM and Oracle – along with its fellow IT mega-vendors – still have a long, long way to go. Meanwhile, Cloudera and Hadoop competitors Hortonworks, MapR and Pivotal as well as NoSQL players MongoDB, DataStax and others are all making moves to the cloud. And the leading cloud provider, AWS, has quietly built-out animpressive portfolio of Big Data services itself with Elastic MapReduce, DynamoDB, RedShift and Kinesis.

The next 12 to 18 months are critical for IBM, Oracle and other IT stalwarts. In that time, each have a tricky balancing act to pull-off if they are to retain their dominant positions in the world of enterprise technology and service providers: adapt to the emerging realities of the cloud and Big Data while keeping investors, employees and customers happy in the meantime.

I’ll be discussing this and other trends in Big Data and cloud with my colleagues and guests at #BigDataSV 2014. The three day  broadcast takes place live on theCUBE Feb. 11-13 from the Hilton Santa Clara. Watch live at SiliconANGLE.tv or join us in person if you’re attending Strata Conference.