Software-Led Infrastructure: The Evolution Of Software-Centric IT Operations

A new era of datacenter infrastructure is emerging that will result in operational and application changes on a scale that we have not experienced in more than 15 years. At the core of this change is a shift to increasingly software-centric IT operations with the virtualization of the majority of hardware devices across the IT value chain. Pervasive virtualization across compute, storage, and networking technologies means that the point of control for the datacenter will exist in software, not hardware components. This fundamental shift in datacenter architecture will have the following primary implications:

The objectives of IT organizations in this new era will not only be to deliver greater levels of efficiency and agility, but also to integrate with the objectives of business lines more deeply. Moreover, IT organizations must endeavor not simply to “compete” with external service providers (e.g. IaaS, PaaS and SaaS offerings), but rather to deliver sustainable competitive advantages that complement external services and deliver clear business value.

This notion of a services-driven datacenter is not new. There have been many iterations of an agile datacenter that can shift resources as business demands change. Today many cloud computing solutions are sold based on this premise. So what’s really different that sets the next five years apart from the last 50? Four major elements differentiate a software-led data center summarized in Figure 1 and detailed below

Software functionality will increasingly drive business value for infrastructure investments delivered as services layered on top of standardized hardware. While this has been a trend for the last five years, unified metadata management structures will emerge and evolve to deliver new levels of business capability. In particular, software-led infrastructure (SLI) refers to datacenter technologies that form the underpinning for application portability & functionality, data placement, and automation within and between datacenters. SLI technologies have a design point with the aim to synchronize with other datacenter technologies and optimize for: 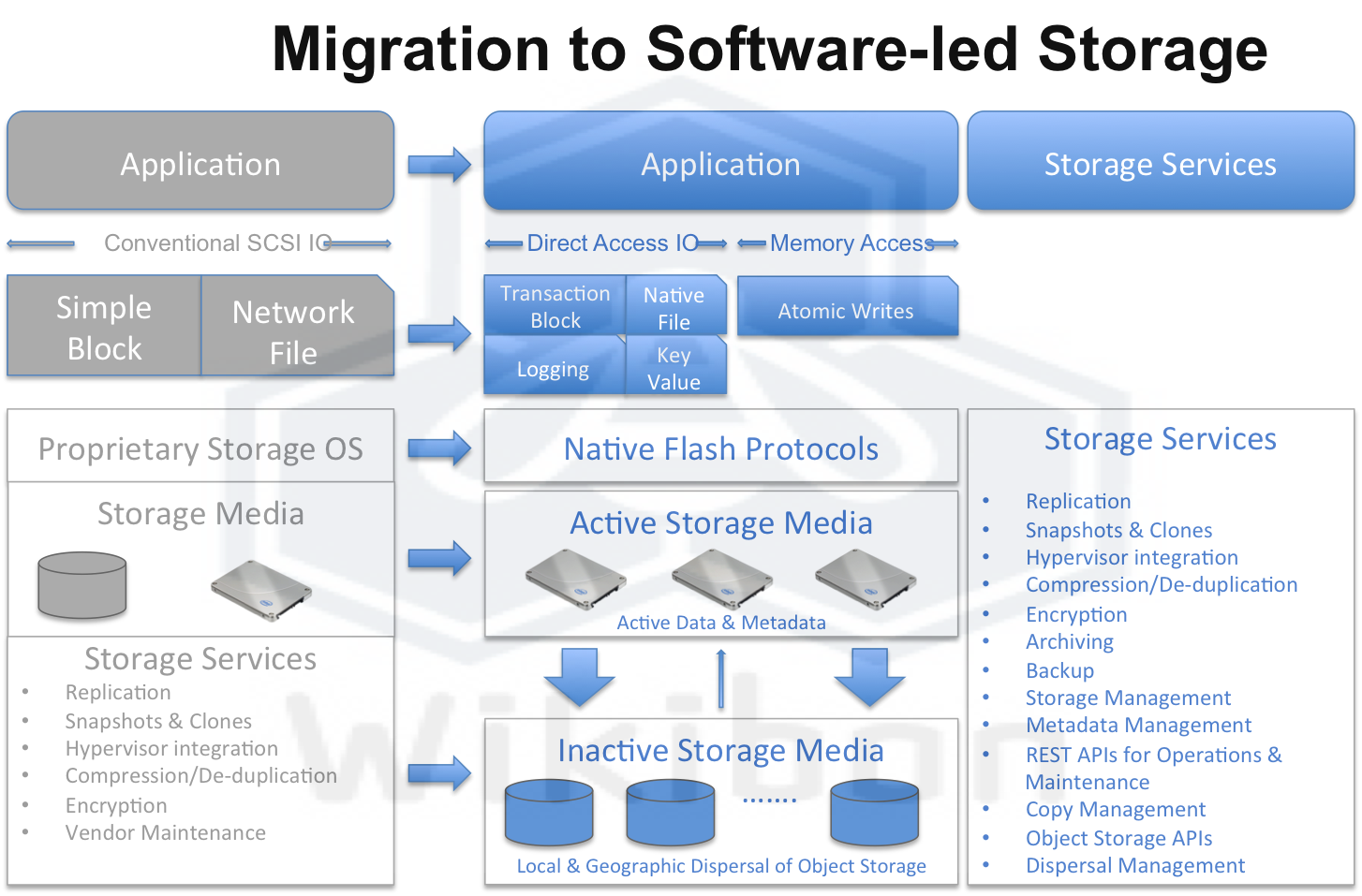 Software-led technologies will serve to minimize hardware differentiation in favor of software-based service delivery. Software-led Infrastructure differs from other infrastructure solutions in that:

The key disruptive technologies that will drive and be assimilated into SLI solutions include:

The Business Case For Software-Led Infrastructure

The key elements of a business case for the SLI journey are:

Practitioners should keep in mind the following factors when making datacenter infrastructure decisions:

Action Item: Software-led infrastructure is a game changer for businesses and organizations, on the same scale as Internet was in 1995. CIOs and CTOs must move quickly to perform an assessment of their existing IT strategy that focuses on the business impact of an SLI architecture, particularly as it relates to new projects and applications where access to metadata can significantly enhance application functionality and analytic insights. Cost savings from commodity hardware and a reduction in manual tasks by administrators will be an important element of the business case, however it is the ability to build new applications and access data in real time that will lead to significant business value delivery.

Footnotes: This definition of Software-led Infrastructure is the first in a series of Wikibon research pieces designed to assist our members in understanding the implications and opportunities of this dramatic evolution. Please contribute with comments and/or hit edit and improve!