CIOs can lead the charge 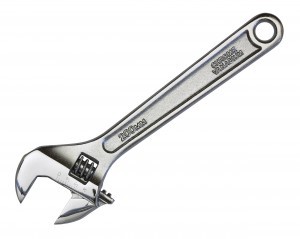 In organizations in which the organizational dynamic are skewed against the CIO, the CIO has an uphill battle to fight and must take a number of important steps to begin repairing the rift and ensuring that IT is viewed as an equal and capable business partner.  But, CIOs can’t always go it alone.  Repairing a deep rift in any relationship requires efforts from both sides of the equation.

That said, the CIO has it within his or her power to start the process.  But first, the CIO has to understand how the business views IT so that appropriate mediation actions can be taken.

“The help desk is a black hole”

I’ve heard this and most CIOs at some point in their career have heard this.  Here’s the problem: The perception is that, if the CIO can’t even get the basic support services functioning properly, what hope is there for doing anything more substantial?  In these cases, the CIO must ensure that he is hiring qualified support professionals with excellent customer service skills and building processes that ensure that the most critical requests are being handled, but that ultimately, all of them are being handled.  Alternatively, the CIO may choose to outsource the frontline support function to a company that specializes in these kinds of activities.  However he goes about it, the CIO has to get this part right.

In addition, CIOs need to make sure that IT isn’t intentionally separating itself from the rest of the organization.  I have seen IT organizations that, literally, hide behind a closed door accessible only with an authorized keycard.  The only way that users – anyone in the organization – could interact with IT was by setting an appointment through the help desk.  While I believe that IT needs to make sure that it can focus on critical tasks, all IT staff need to bear in mind that they have coworkers elsewhere in the company.

Many organizations have experienced the rise of “shadow IT” over the years.  The reason is simple: As IT fails to meet user and organizational needs, users and business units build their own solutions.  Shadow IT services – when they go unfettered – can create significant issues, including:

These are items that are foundational to building credibility.  Without them, the CIO may not be seen as generally capable as IT remains challenged by the basics.  However, implementing broad governance and portfolio management efforts will require partnerships with the CEO and executive team.

Where the CIO can lead

Although I firmly believe that fixing the IT/business divide is a whole-organization function, there are some things that I believe every CIO should do to begin the process of creating a more business-focused IT department.  To that end, the CIO needs to begin jettisoning or modifying legacy services in order to ensure that the IT group has the resources necessary to better align with the business.  In this, the CIO can often take steps on his own, as long as those efforts don’t impede the business.  As I written before, I believe that IT should get out of certain businesses, including:

These are just a couple of examples of services that either provide no value-add to the business or that are highly repeatable and easily automated.  As the CIO is able to begin to take steps to break the lock on IT’s time, small chunks of time can begin to appear that can be better put to use serving direct business needs.

In short, the CIO must find ways to reduce the focus on the technology in favor of enabling the business.  If there are particular time or budgetary constraints that make this seemingly impossible, develop a plan of attack that includes business-facing outcomes and request necessary resources to break the deadlock.

“IT doesn’t understand the business”

I’ve seen far too many IT staff members – including CIOs – that believe that their sole purpose in life is to manage systems. With such a singular focus, it’s not surprising that there is a perception that IT doesn’t really understand what else is happening across the organization.

There are a number of ways that the CIO can combat this perception.  Here are two:

“We never see the CIO or IT staff”

Perception is reality.  So often, I hear that staff members, including those in the C-suite, never see or hear from IT staff, including the CIO.  It’s critical, especially for the CIO, to be visible, particular with his C-level colleagues.  To that end, don’t hide!  Get in front of these people on a regular basis, whether it’s for lunch or whether it’s for a standing meeting.  Ask your staff to attend organizational functions and be visible to the users.  Although they might be inundated with questions while they’re there, the overall benefit to IT’s reputation can be enormous.

I’d love to see an “IT 2020” initiative where every CIO in every organization commits to perfecting IT in the next few years by figuring out ways to break the 80/20 operations/innovation stalemate and becoming critical elements of the business rather than “tolerated” cost centers in many.  Getting to this point will require substantial effort from the CIO as well as commitment from the CxO ranks to support the CIO in such efforts.