GCP NEXT: Can Google Cloud Align with Customer’s Digital Future? 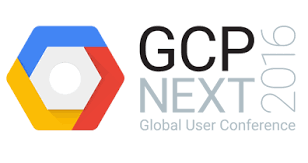 When Steve Jobs announced the original iPhone in 2007, it was received with as much skepticism as there was enthusiasm. Relative to existing mobile phones in the marketplace, it was extremely expensive and lacked many of the common features that were considered necessary for an “Enterprise communication device” such as the Blackberry. But along with all the criticism came an understanding from segments of the technical community that this was a device that needed to be looked at more as a computer than a phone. The iPhone was a device that would benefit from Apple’s expertise in miniaturized form-factors and years of Operating System development for applications.

At the Google GCP NEXT 2016 event last week in San Francisco, there was a similar fragmentation of feedback from multiple segments of the industry. Some people felt like Google was finally having a coming out party for Google Cloud Platform (GCP) and this would signal the beginning of GCP finally living up to it’s expectations of being one of the “Big 3” cloud computing platforms, along with Amazon AWS and Microsoft Azure. Other insiders (here, here) felt that GCP missed the mark in appealing to Enterprise customers, especially after hype surrounding the recent hiring of VMware founder Diane Greene to lead all of Google’s Cloud businesses (including Google for Work, Google Cloud Platform, Chrome for Work, Android for Work, and Google Apps).

From my perspective, there were three aspects of the event that were somewhat unusual:

Google is Playing a Long Game with Google Cloud Platform

When we step back and think about GCP, there are a few basic things that we need to remember as a starting point for any evaluation:

The strategy of GCP appears to be focused on helping companies define the future of digital business and digital interactions across the globe. That is a 5-15 year transition for many companies, depending on their industry.

Of the three major web scale cloud providers, Amazon AWS, Microsoft Azure and Google Cloud Platform, GCP is the only one that isn’t an add-on or transitional part of the core business. It’s part of the fabric of the overall company (Google) and an area that directly and indirectly benefits from the nearly $10B of annual CAPEX allocated to their data centers. That “supplement” might be the advantage that GCP needs to manage the next few years as potential customers learn how to better utilize the new tools, services and way of building applications that GCP enables.

“Meeting Our Customers Where They Are, Instead of Where We Think You Should Be”

The most important statement during GCP NEXT was made by Alphabet CEO Eric Schmidt, where he said that Google’s previous cloud strategy was incorrect and made too many assumption about what customers should be doing. It was inwardly focused on how Google developers think, and not enough about how the rest of the world has been forced to think. Schmidt stated that Google Cloud Platform needed to begin, “meeting our customers where they are, instead of where we think you should be“.

This will be the ultimate challenge for GCP going forward. GCP has the financial and technical resources to be a significant platform in helping companies become digital businesses in the 21st century. The digital transformation challenge is one that Google’s DNA can get excited about it. But it’s also one that GCP needs to think about on a customer-by-customer basis, not on a “at scale“, “100s of thousands of nodes“, or “massive amounts” basis. Every day they need to wake up and not just ask themselves what customers want, but also talk directly to customers to truly understand where they are today. This will require a shift in Google’s DNA, which the GCP team might be able to spearhead.

While the industry perceives Google as a leader in many categories, their history is one of fast-follower. Search, Maps, Email, Smartphones, Business Applications and several others were all followers that eventually gained large market shares. GCP is now in a position to see if it can follow in the footsteps of those previous services. The GCP portfolio still has a ways to go to catch up to AWS and Azure, but the foundation from Google is in place to create a category leader. It’s success or failure all will depend on how well GCP interacts with customers.

As customers look at their Hybrid Cloud strategies, it will be difficult to ignore the rapid evolution of AWS, Azure and GCP vs. their existing on-premises deployments. Wikibon recommends that IT organizations should be evaluating and trialing all of the web scale cloud providers to see which one can help them develop new applications that will help them on their digital business journey. These public clouds have already surpassed the ease-of-use and capabilities of Private Clouds, and now IT organizations must accelerate their understanding of how these services can accelerate their business.

The following is the full list of GCP NEXT 2016 announcements.

Cloud Machine Learning: The Next Big Step in Data Intelligence