Attendees at Microsoft Build 2017 heard the phrase “intelligent edge” countless times. Most of them, like me, construed it as primarily referring to the convergence of cognitive computing, mobility, and the Internet of Things (IoT).

Of course, that’s the primary meaning of the phrase, referring to the data-driven intelligence that increasingly animates devices, sensors, drones, self-driving cars, and other IoT endpoint nodes. However, there is an alternate meaning that, though Microsoft didn’t call it out, alludes to what I consider the chief takeaway from this developer event.

Before I jump into that takeaway, let’s consider the notion of a “graph,” which is a word that Microsoft used constantly with respect to their multi-device strategy in the intelligent edge. In graph theory, an “edge” is distinct from an “endpoint,” “entity,” or “node.” Within a graph structure, an edge is a connection or relationship among those endpoints. 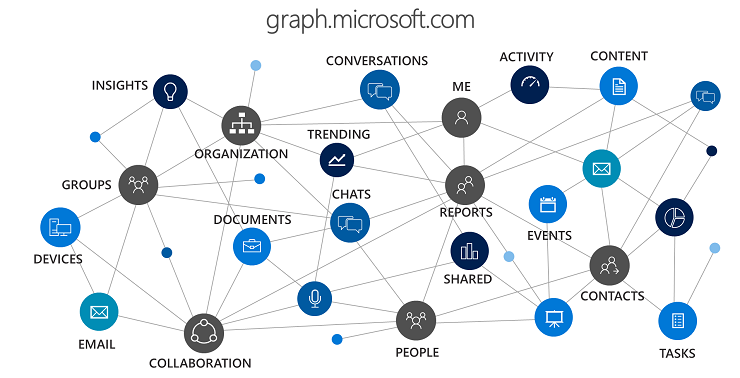 One tends to pay more attention to graphs when cross-entity relationships—the edges—grow in importance. Considered in that context, an “intelligent edge” refers to a special relationship among people, devices, applications, systems, or any other node within the graph. Specifically, it refers to the magic that happens when two or more linked entities in a graph (e.g., your smartphone, tablet, television, appliances, and automobile) behave in a coordinated, consistent, and entangled fashion in keeping with your history, interests, situation, sensitivities, and likely future scenarios.

When we think of intelligent edge in this way, it’s no wonder that Microsoft has elevated the role of graph technology in its cross-portfolio strategy. Judging by the announcements at Build 2017, it seems to be positioning Microsoft Graph as a connective thread that infuses contextual intelligence across its sprawling portfolio of cloud, IoT, enterprise, consumer industrial, and other offerings.

Most notably, Microsoft Graph is the vendor’s key enabler of smarter cross-device apps. The following were its chief announcements in this regard:

Given the attention paid to it this year, I strongly predict that we’ll hear far more about Microsoft Graph in its “intelligent edge” strategy in coming years.

The IoT is tailor-made for graph-based distributed intelligence. That’s because the “things” themselves — such as sensor-equipped smartphones, drones, and appliances– tend to be deployed in complex, nonhierarchical relationships that change frequently, sometimes moment by moment.

To the extent that IoT devices (e.g., smartphones, smart cars, smart homes, etc.) are the associated with particular people, those devices would inherit those individuals’ interest graphs. In their capacity as virtual advisors, IoT devices might be programmed to serendipitously discover other entities that might be of interest to their owner/user. In those cases, one might extend those same users’ interest graphs to encompass the curiosity range of their personal assistant devices.

Conceivably, cognitive computing might be used to enrich users’ interest graphs. This larger notion of interest graph might incorporate probabilistic concepts of previously unexplored affinity topics that the IoT device might bring to its owner attentions, on the chance that they might agree to include it their core interest graphs. In that sense, the IoT-device interest graph would power a recommendation engine of sorts, clueing its owner to data, correlations, paths, places, and options they hadn’t considered but which might be relevant to the purpose of the “thing” in the user’s life (e.g., healthcare, entertainment, transportation, security).

You can easily sketch out your own ideas of how these and other cognitively enhanced graphs might enrich your own IoT-connected life. I’m sure that many smart people in Redmond are thinking these same thoughts. And I have no doubt that Microsoft will address many such scenarios in their edge-facing solution portfolio in years to come.