Premise: VMware claims that its Hybrid Cloud strategy is helping vCloud Air grow, but is it growing fast enough? Competitors such as AWS, Azure and IBM are growing revenues much faster, and it’s questionable if VMware’s channel partners can make money with the cloud service. vCloud Air still has a number of questions to answer about innovation, developer enablement, the role in the EMC Federation and the ecosystem.

The editorial staff of SiliconAngle recently had the opportunity for a Q&A with Mathew Lodge (@mathewlodge; Vice President, Cloud Services at VMware) to discuss the vCloud Air platform prior to VMworld 2015. Given the timing of the discussion, just a few weeks before VMware’s flagship event, it’s expected that a number of key aspects may not be publicly disclosed. Nevertheless, the discussion left us with more questions than answers about the trajectory of the vCloud Air services and the target audiences that the platform is attempting to attract.

As a two year old platform, it may be reasonable to measure vCloud Air against other leading cloud platforms at the same age of existence. For example, within the first two years Amazon Web Services had little more than EC2, S3, SQS and basic Linux and Windows support. But it’s important to remember that VMware has been selling the vCloud Director platform to Cloud Providers since 2008, so there is a level of maturity and operational knowledge expected about the core platform that exceeds a two year old cloud provider. 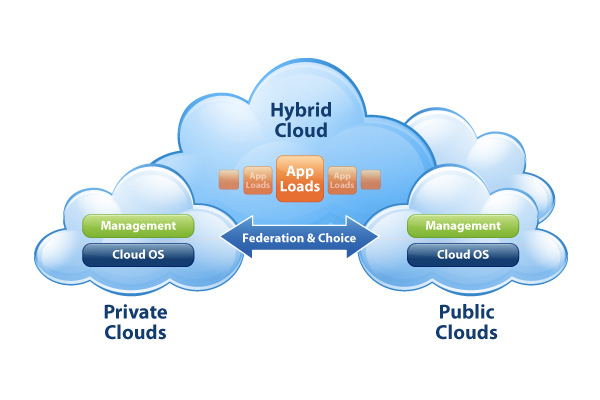 VMware’s core hypervisor business was built upon a go-to-market model that was lead by OEMs and channel partners, focused at on-premises IT environments. This model allowed customers to reduce costs by better managing under-utilized servers, and partners grew revenues by simplifying the ability of customers to get those savings faster. It was a win-win-win situation as VMware, VMware partners and VMware customers all benefited from this new approach to software-led infrastructure.

But the demand for public cloud services is being driven by applications, not infrastructure. It’s a market being driven by developers that need frictionless access to resources that will enable faster, more scalable applications for web, mobile and big data. Applications and application-services are markets that are not familiar territory to either VMware or their channel partners.

One of the largest shifts for VMware, and many on-premises vendors, is managing the business model changes to their channel partners as on-demand cloud services are offered. Since profit margins for on-demand services are lower than software licensing and ELAs, many VARs and SIs are concerned about losing revenues by prioritizing public cloud services. VARs and SIs are also concerned about modeling CAPEX vs. OPEX revenues, as well as the threat of direct customer acquisition by the cloud provider. Installation fees and on-going maintenance and support revenues go away. It’s not clear that VMware’s partners are ready to make the shift. VMware needs to clearly articulate how vCloud Air is helping its channel win more business and highlight case studies for greater customer successes.

[Page 22] “Hybrid cloud computing, comprised of VMware vCloud Air (“vCloud Air”) and VMware vCloud Air Network (“vCAN”) Service Providers Program offerings, continued to experience growth during the three and six months ended June 30, 2015. We plan to continue to expand our hybrid cloud global footprint as well as our service offerings. Due to the nature of these offerings, revenues are recognized over a period of time.”

[Page 23] “Hybrid cloud, including vCAN and vCloud Air, and our SaaS offerings, including our AirWatch mobile solutions, increased to greater than 6% of our total revenues during the three and six months ended June 30, 2015 .” 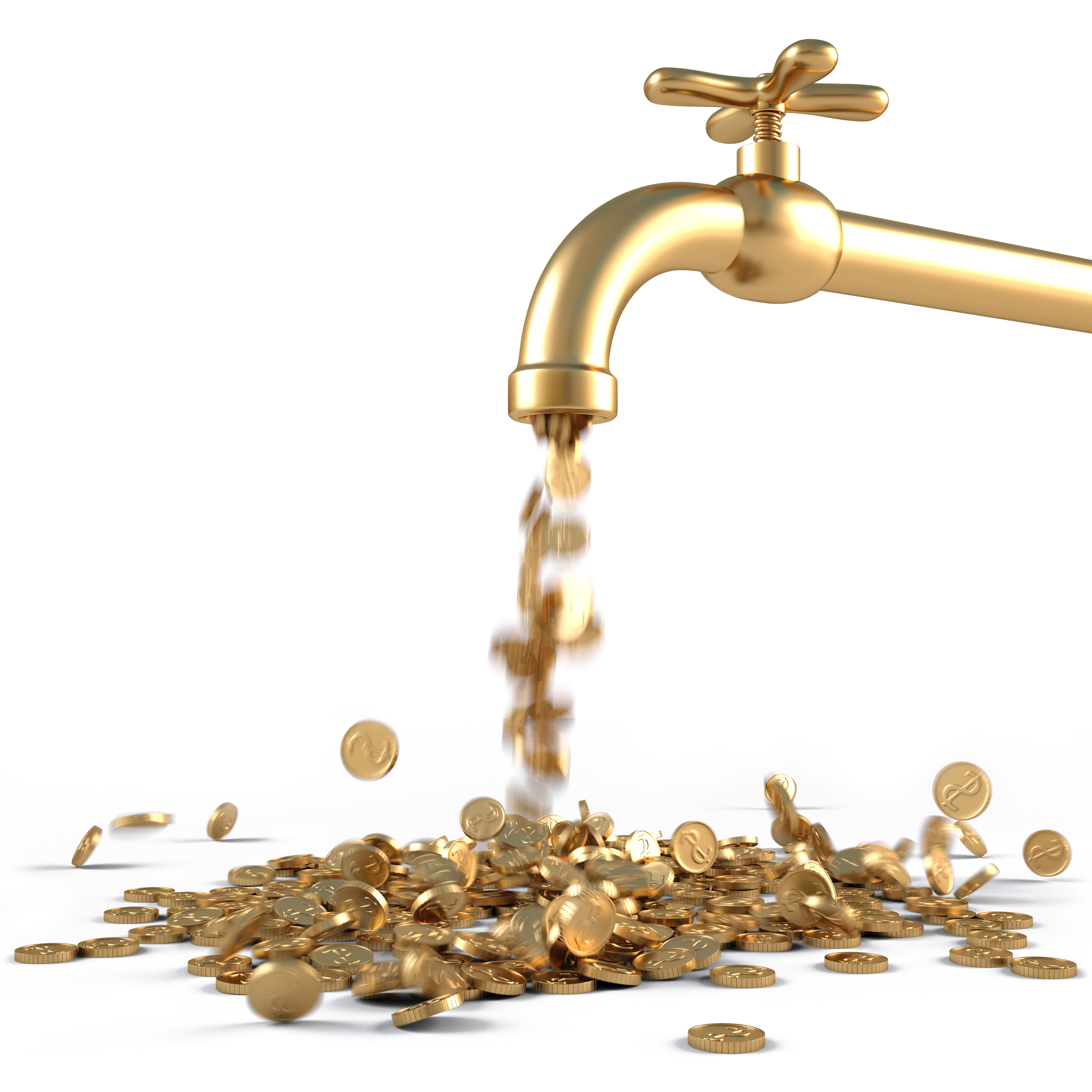 While the specifics of the vCloud Air revenues are not broken out, this guidance puts the vCAN + vCloud Air + AirWatch revenues at a $350M run-rate for 2015. At the time of acquisition (2013) speculation was that AirWatch had revenues of $85-100M, and they are expected to have grown with the increased visibility of VMware sales and marketing. Without speculating on AirWatch growth rates, and knowing the size of the vCAN (~5000 providers), it is reasonable to estimate that vCloud Air revenues are in the $50-100M range. This number would be generally consistent to where Gartner placed VMware relative to Virtustream (acquired by EMC) in the 2015 IaaS MQ. This would make vCloud Air revenues in the 1-2% range of AWS, and 2-3% range of Microsoft Azure, per the recent Wikibon Public Cloud Market Forecast research.

It will be interesting to see if VMware shares any specifics about the revenues or usage for OnDemand vs. Contract customers. This would be a strong proxy for how the market is recognizing vCloud Air services – as a managed hosting provider (e.g. Rackspace) or a public cloud provider (e.g. AWS, Azure).

[UPDATE – After publishing this research note, SeekingAlpha published this note investigating some changes in how VMware accounts for their SaaS revenues. The premise of that note is that VMware may be accounting for a portion of their SaaS revenues under a Licensing category that is more aligned to ELAs. While allowed by law, it brings into question the actual growth rates of VMware SaaS offerings vs. VMware licensed software. This is an area that Wikibon will further track as future revenues, both SaaS and Licensing, are announced by VMware.] 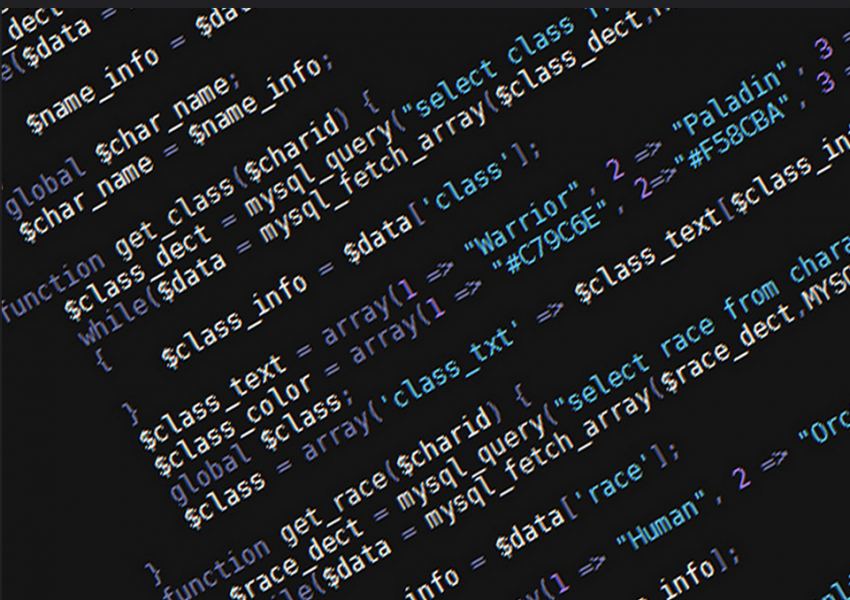 Given that vCloud Air is built on the same VMware technology (ESXi, vCenter, vCloud Director, NSX) as the company sells on-premises for traditional applications, what are the specifics of how vCloud Air “helps modernize apps?” The Developer Day and DevOps Day at VMworld will be early indications of how well VMware will be able to reach this new audience.

While vCloud Air allows integration with popular automation frameworks such as Chef, Puppet and Ansible, it still lacks a number of native services needed to assist in building modern applications – including elastic load-balancing, queueing, logging, caching and NoSQL databases.

For developers that favor a structured platform (PaaS), it offers the ability to deploy Pivotal Cloud Foundry.  This service simplifies the installation by using a Cloud Foundry virtual-appliance model, but it is not a managed service, similar to Pivotal Web Services. This means that the customer must manage the operations of the PaaS platform on vCloud Air. Offering Cloud Foundry as a managed service should not create conflict within the EMC Federation, as a network of compatible Cloud Foundry services is the ultimate goal of the Cloud Foundry Foundation. Other cloud providers such as IBM (Bluemix) and CenturyLink (AppFog) offer managed versions of Cloud Foundry to their customers today. NOTE: vCloud Air also offers additional unmanaged, 3rd-party PaaS platforms, such as Apprenda and ActiveState Stackato (acquired by HP) via their vCloud Air Marketplace.

For developers that favor an unstructured model, VMware’s Cloud Native team has been actively adding support for enhancing container-centric environments with Project Photon, Lightwave and Bonneville. To accelerate this group of developers, vCloud Air needs to offer this as a managed container service, similar to AWS Elastic Container Service or Google Kubernetes Service.

In 2013, VMware and SAP jointly announced a SAP HANA service for vCloud Air. The vCloud Air website no longer mentions SAP HANA, which is the flagship SAP offering. At the time of the Virtustream acquisition by EMC, it was mentioned that the EMC Federation could now offer public/managed cloud services for all workload types. Virtustream has strong expertise with SAP HANA. Does this mean that the EMC Federation is recommending customers position their HANA workloads to be on the Virtustream platform instead of the vCloud Air platform?

How is the EMC Federation Helping vCloud Air?

Executives within the EMC Federation of companies consistently state that the model works because customers are “given choices.” Choice to work with any of the companies or all of the companies, including when there is portfolio overlap or a competitive product is a better fit for a customer’s need. This makes sense when a customer has an existing investment in technology from Microsoft or Cisco or HP. But it raises questions when vCloud Air offers alternative storage platforms (e.g. Object Storage from Google Cloud) to EMC technology (e.g. vCloud Air Object Storage based on EMC ViPR / Elastic Cloud Storage). Or the aforementioned lack of Pivotal Web Services as a managed service on the vCloud Air platform.

Just as VMware has to manage the business model transition for its channel partners, it brings up questions about how well the EMC Federation is able to manage the transition to align their technologies and sales-compensation models to make vCloud Air successful. Is vCloud Air considered a first-class citizen and showcase platform within the EMC Federation, or just one of many cloud providers that could be part of a Federation Hybrid Cloud solution?

While many headlines focus on frequent public cloud price cuts, the real measure of public cloud success is the rate of adding new services. VMware has exciting technology offerings with AirWatch, NSX, Docker and OpenStack, but many of these have limited or no presence as services on vCloud Air. Making the vCloud Air platform a first-class citizen must be a priority for VMware if the company expects customers to see it as a leader in Hybrid Cloud. Customers expect more than just hypervisor compatibility between Private and Public Clouds. Customers need development platforms for Cloud Native applications and the ability to interact with open source technologies.

While many Enterprise IT customers may not see VMware as a competitor to AWS or Azure at this time, both of those cloud platforms are aggressively adding features to further attract Enterprise customers and workloads. While they both may lack the hypervisor footprint that VMware has in the Enterprise, they are rapidly innovating around new technologies that will attract developments and reduce the dependency on hypervisor-centric infrastructure.

Wikibon and theCUBE will be digging deep into this topic and much more during VMworld 2015 in San Francisco – see all of the coverage on SiliconANGLE.tv.