OpenStack as the Integration Engine for Modern Infrastructure

Enterprise technology adoption is typically measured in over a decade, so it isn’t surprising that after 5 years, OpenStack is not yet the dominant technology in hybrid cloud; it is not dying despite some negative press, the outlook is bright for this open source initiative. 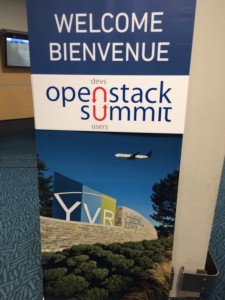 When the OpenStack project launched 5 years ago, there were lots of questions and proclamations about what it was, what it would do. Was it the desperate attempt to compete with the growing giant that is Amazon Web Services? Was it a way for open source software to save companies from the VMware “vTax”? At the 2015 OpenStack Summit in Vancouver, there was some clarity as to the role that the Foundation sees for OpenStack – it is an “Integration Engine” with a Community App Catalog of solutions. In the past, OpenStack has been called bringing Linux to the full stack of the data center. Linux is without question a critical component across most of IT today, but maturity took a decade and significant revenue took even longer. Compared to 15-20 years ago, change in IT is accelerating and open source is broadly accepted, the future is bright for OpenStack to become a critical component of the future of IT will take year the inflection point for broad adoption and revenue with OpenStack is still at the horizon.

If the goal is to provide an interoperable open source cloud, there is still work to be done. Over the last 3 years, the majority of users in Wikibon surveys have said that they are waiting for OpenStack to mature before considering using it. While the core components of compute (Nova) and storage (Cinder and Swift) are stable, networking (Neutron) is not yet fully baked. The initial networking code came from Nicira, but after the acquisition by VMware, it has required a community effort to integrate OpenDaylight (ODL) and the efforts of a broad group of contributors including Brocade, Cisco, Red Hat and more.

For more on how Neutron and ODL go together, watch the interview with Brocade’s Dave Meyer and Tom Nadeau

Would the Real OpenStack Stand Up

theCUBE interviewed many OpenStack Foundation members including this segment with Mark Collier and Lauren Sell who discuss DefCore, balancing contributions and the vibrancy of the community.

In addition to DefCore, OpenStack is moving from an integrated release to a “Big Tent” (see writeup from Sean Michael Kerner on eWeek) in the next release (Liberty). This new method provides a way to streamline the maturity of new projects without having to coordinate all projects together, which has been a burden as the number of projects (some that have overlap) has grown. While the 6 month release cycle has kept a steady rate of progress on OpenStack, a gap that must be closed is that today, upgrades between versions of OpenStack are not yet non-disruptive. HP’s Mark Interrante stated that in the next 3 releases, the goal is to reduce operator load by 5x. The measurement of success can be number of administrators per ten thousand nodes – this can truly help enterprises cure their “hyperscale envy”.

See the full interview with Mark Interrante of HP, what’s cool in Kilo and what more needs to be done to deliver the best cloud offerings based on OpenStack.

The current next big thing for OpenStack to integrate with is containers. There are already 3 new projects for OpenStack in the container space: Magnum, Kolla and Murano. It is early days for containers and whether Docker (many Docker sessions and attendees in Docker shirts were at the conference, but no Docker employees), CoreOS, Kubernetes, Mesos, or other container related efforts from Canonical, Intel or others come out on top, OpenStack will look to bring it into the solution. Sessions about Docker and other container technologies and projects were amongst the top attended.

theCUBE segments at OpenStack Vancouver on containers included Patrick Reilly of Kismatic (productizing Kubernetes), Mark Shuttleworth of Canonical (new LXD technology that brings mobility to containers, like vMotion does for VMs) and Brian Redbeard of CoreOS – see his full interview below. 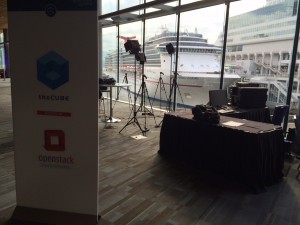 A large community builds OpenStack – the jackets given away at the show say “We Are OpenStack”. At the 2014 Summit in Atlanta, my analysis was that there were so many companies and contributors that the project had an unstoppable momentum. Coming into 2015, many questioned how many real enterprises are using OpenStack and is deployment still too complicated. Tim Yeaton of Red Hat said that Red Hat has “hundreds of paying OpenStack customers”. The current leader in OpenStack deployments is Mirantis and co-founder Boris Renski stated that the discussion of if there are users should be long over – there are lots of users. Keynotes and breakout sessions had a preponderance of users presenting. While there were large contingencies from the vendor community that is building and selling OpenStack, users big (Walmart, Comcast, eBay, etc) and small were overflowing rooms to learn and participate in the vibrant community. While some media and industry watchers have said that OpenStack (and often all private cloud related items) are dead or financially unsound, the lack of drama at OpenStack Vancouver felt like the path to maturity and revenue is within reach and by the time the event rolls into Austin next spring that the M release of code could stand for Maturity and Money.

Most of the red flags around OpenStack have been eliminated and it no longer takes an army to test and deploy an OpenStack solution. Users should be talking to suppliers of hybrid cloud how solutions integrate and support with OpenStack. If OpenStack can live up to the “Integration Engine” designation, it can give users flexibility (and portability) across a variety of on- and off-premises environments with the ability to pull in new components such as Cloud Foundry, containers or the next big thing. Like Linux before it, OpenStack components and solutions will bake into the IT landscape to become a critical (if not always talked about) foundation for modern infrastructure.

For much more, see the full event site of theCUBE from OpenStack Vancouver 2015 and the previous Wikibon article: OpenStack Enters its Second Epoch.