Oracle’s Hardware Strategy in Focus: Storage is a Keystone 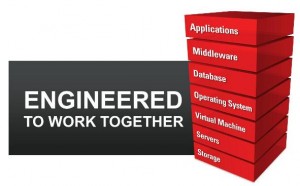 Three and a half years after Oracle’s acquisition of Sun, experts continue to debate whether the move was a good one for the world’s largest database company. Adding to the controversy, evidence surfaced last year from HP’s lawsuit against Oracle that certain Oracle sales execs viewed Sun’s hardware business as a “dog,” a claim with which Larry Ellison has said he disagreed. Nonetheless, those on the negative side of the table pinpoint Oracle’s shrinking hardware business, which has seen dramatic declines since the acquisition. Indeed, over the past twelve months, Oracle’s hardware revenue was off 13% in constant currency to $5.4B. Despite Larry’s point of view, this decline in my opinion is precisely because much of Sun’s hardware business was a dog—particularly it’s low-end server and much of its disk storage business.

So it’s hard to argue from a revenue growth standpoint that the acquisition of Sun was a good move for Oracle. But Oracle didn’t buy Sun to expand its hardware business in the near term. It bought Sun for two primary reasons in my opinion: 1) to gain control over Java and 2) to vertically integrate its stack and compete with the likes of IBM and EMC/VMware.

On the first point, Java is the world’s most popular programming language and Oracle writes its Fusion apps in Java. Owning Sun kept Java out of the hands of a competitor (e.g. IBM who was also interested in buying Sun) and, along with its database community, further increased Oracle’s influence over developers.

On the second point, vertical integration throughout the stack was a total flip for Oracle. Prior to Sun it was unthinkable that Oracle would sell hardware. In fact many, including myself, felt Oracle would sell off Sun’s hardware business. But Ellison has been known to change strategies on a dime as industry shifts occur. Oracle watchers will remember Ellison used to ridicule competitors for “writing checks not code,” a reference to firms that would acquire companies versus doing their own R&D. Subsequently, Oracle has been on an epic acquisition spree, completely changing the competitive landscape of the software business, starting with the Peoplesoft acquisition in 2005. As well, everyone remembers Ellison’s famous rant about cloud at the Churchill Club in an interview with Ed Zander. Now financial results from “the cloud” are prominent on Oracle earnings calls and the Salesforce deal is all about cloud.

My contention has always been that Ellison’s moves with the creation of the so-called “Red Stack” (a reference to an all-Oracle integrated system) were designed to capitalize on an industry transition toward convergence in a way that would give Oracle strategic advantage against competitors. By engineering hardware and software together, Oracle can not only lock-in customers, it can lockout competitors.

Specifically, prior to Sun, Oracle would do integration deals with hardware companies like HP, EMC, NetApp, etc. Oracle was happy to provide some engineering resource if it made its software run faster. Post Sun, Oracle has no interest in co-engineering with other hardware companies. Rather it wants to own and optimize for its exclusive benefit the end-to-end protocols by which hardware and software communicate with each other.

Virtually all hardware companies see the commoditization trend occurring so they’re trying to vertically integrate either directly (e.g. IBM and Oracle), through hybrid partnerships (e.g. EMC/VMware/VCE) or pure play partnerships (e.g. NetApp/Cisco/VMware). What sets Oracle apart is it seems to have no interest in providing a “general purpose” platform. Rather it wants to optimize its so-called Engineered Systems for an all-Oracle play. While there are similarities in this strategy with IBM, and to a certain extent EMC/VMware, IBM is much more aggressively pursuing open source strategies (e.g. OpenStack, OpenDaylight) while EMC/VMware have a huge bet on the VMware ecosystem.

In other words, IBM wants to be a good community player in open source while EMC/VMware wouldn’t sub-optimize VMware’s performance to completely control the stack for EMC’s benefit. It’s why Pat Gelsinger, VMware’s CEO and former EMC exec calls Tom Georgens (NetApp’s CEO) his “new best friend.”  Oracle is not making friends. It has no interest in so-called co-opetition. It wants to own the stack; period.

Clues to Oracle’s Next Hardware Moves – Storage is a Lynchpin

In the most recent quarterly earnings call, Oracle executives said that hardware would eventually grow, now citing perhaps as early as Oracle’s FYQ1 to show an uptick in the hardware business. This promise has been too long in coming for many Oracle investors but it’s clear the company is staying the course, worried less about timing and more about execution.

Oracle’s hardware business had to shrink before it could grow. The rapidly growing part of Oracle’s hardware business is its engineered systems – Exadata, Exalogic, etc. As well, Oracle recently refreshed its SPARC server lines and frequently cites potential growth from this business. Combined these businesses are growing nearly 50% year over year. But storage to me is where Oracle has some major upside, mainly because Sun’s storage business has been the pits for the last decade and storage is a large and constantly growing market.

Wikibon CTO David Floyer recently wrote about a diamond in the Oracle storage portfolio rough, specifically the ZFS Appliance. In his piece, Floyer explains in detail, the nuances of storage performance and theimportance of tight integration between hardware and software. In short, Floyer points to three trends that are driving the future of storage:

To Floyer’s point, the metadata is critical to optimizing systems. In particular, by making metadata accessible to resources throughout the stack, the system, not humans, can make decisions in real-time about where to place data and how to optimize performance. This can save significant human labor costs and dramatically improve application performance.

Clues as to how Oracle will do this surfaced early in July in a quiet announcement just before the July 4thholiday. Based on reading the release, there appear to be three capabilities that from what I can tell only exist with Oracle 12c and the ZFS Storage Appliance (and in some cases some other Oracle products like Exadata and Pillar Axiom):

Oracle’s hardware strategy generally and storage strategy specifically are coming into focus where its databases, applications and hardware are aware of what each other are doing and can hence optimize on the fly. Oracle is of course supporting competitors’ storage devices – there’s no reasonable way to exclude a customer from plugging a non-Oracle storage system into its servers – but it’s keeping the features that drive the greatest business value to itself.

This approach does three things: 1) It buys time for Oracle to get its storage act together; 2) it locks competitors out of natively accessing many of the latest and greatest Oracle features thereby increasing the value of Oracle’s storage products; and 3) it forces competitors to devise their own approaches to matching Oracle innovations.

The impact of this strategy is that Oracle’s value proposition will be narrowly focused on customers willing to go with an all-Oracle approach. Oracle doesn’t appear to be interested in expanding its total market by competing cross platform. To do so would require a different product portfolio and a change in engineering strategy. Importantly, Oracle increased R&D spending 8% in constant currency over the last twelve months and R&D expense is now 13% of Oracle’s revenue. By comparison, the services heavy companies like IBM and HP spend 6% and 3% of revenue on R&D respectively while EMC spends nearly 12%.

The point is Oracle invests as much as any company in technology development and its clearly putting its muscle behind making its products highly integrated. By doing so it allows the company to pursue the higher margin parts of the business. With respect to hardware, Oracle is prioritizing profits and cash flow over growth although it must grow to placate investors and eventually it will.

I’ve often said that for Oracle investors the Sun acquisition was a good one. The company trades at a 4X revenue valuation meaning Oracle’s $5.4B hardware business, while shrinking, still accounts for $21.6B of Oracle’s $148B valuation. As Oracle jettison’s the non-strategic portions of the old Sun hardware business, this value will only continue to grow. Moreover, Oracle was able to absorb Sun and creep back to its pre-Sun GAAP operating margins. If Oracle can actually grow its hardware business I believe it’s revenue multiple will expand and continue to dramatically outpace the revenue multiples of main hardware rivals IBM (2X), HP (0.4X) and EMC (2.3X) delivering the bigger payday for the Sun buy.

Gaining storage share in the “Red Zone” will be a key indicator of the success or failure of Oracle’s strategy. 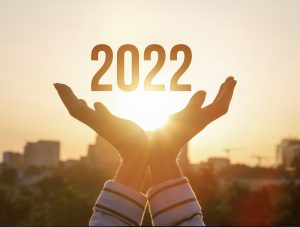 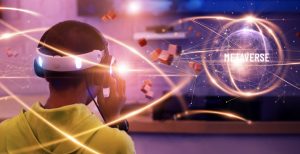 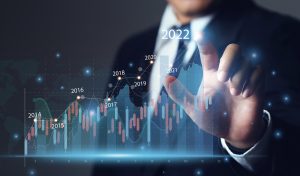