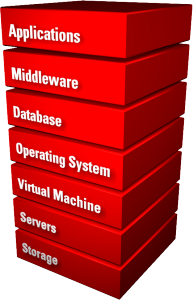 Once again the Wikibon team is gearing up for our annual trek to Oracle OpenWorld. As usual we’ll be there with SiliconANGLE’s theCUBE. We’ve watched Oracle evolve into an integrated solutions company and the firm’s recent storage announcement highlights Oracle’s strategy to take out operational costs by tightly integrating hardware and software.

In 2010 Wikibon wrote a piece, which put forth the premise that independent software vendors, and particularly Oracle and Microsoft, were intent on bundling more storage function into application stacks to drive down costs. In that post we said:

“The move to integrate storage function into the application stack is real and in some cases can add substantial value to organizations. But there is a price to pay and IT executives need to understand the strategies and implications for long term success.”

What did we mean by substantial value? Essentially we were saying that integrated, software-led storage function was simpler, more cost-effective and from a performance and recovery standpoint, to the extent that the application and database were directly integrated with storage function, applications would run better and be more stable.

What did we mean by “there is a price to pay?” The drawback of this approach is the lack of leveragability of the infrastructure, meaning the storage functions aren’t as fungible across the application portfolio. Rather the ISV-led approach is effective in narrower use cases and not so much as a general-purpose platform. So true costs will depend on the degree of desired leverage across the application inventory. Some infrastructure serves applications that are purposely isolated (e.g. many Oracle database apps). These are great candidates for a tightly integrated stack. Other infrastructure is more general purpose in nature and may benefit from a more generic approach—i.e. integration below the application and database.

In this post we’ll evaluate Oracle’s strategy, how it relates to storage and what it means to competition in the industry. We’ll also focus on some of the differentiators Oracle is trying to put forth as it shores up its storage business and what this means for customer value.

Larry Ellison used to rip competitors that “wrote checks, not code,” meaning he was focusing Oracle on organic R&D, not acquisitions. PeopleSoft changed everything. Ellison decided that the software business was due to consolidate and saw an opportunity for Oracle to plug its product holes, speed innovation and time-to-market with critical functionality for customers, expand its partner ecosystem and deliver better returns for shareholders.

If there’s any doubt this strategy worked one only has to look back to January 2005 and compare Oracle’s stock performance to that of the NASDAQ Composite. Oracle’s track record speaks for itself.

Oracle’s acquisition of Sun, Wikibon believes, was inspired by a similar sea change spotted by Ellison. It is our view that he was heavily influenced by the success of Apple’s integrated hardware/software approach and believed he could bring the iPhone metaphor to the enterprise – hardware and software integrated in a seamless solution.

While a clear motivation was to secure access to Java (and keep it out of IBM’s hands), the Sun move permanently changed the hardware business. I’ve argued consistently this was a good move by Oraclehowever many smart folks counter my points simply by pointing at the revenue declines in the former Sun hardware business. It really doesn’t matter – this is the play that Oracle called and the company is seeing it through.

Despite the controversy, few could argue that the Sun acquisition wasn’t game changing. Oracle has a huge installed base – nearly 400,000 customers of which more than 300,000 run its database. Virtually every major hardware player in the server and storage business targets Oracle customers as a strategic constituency. NetApp used to claim it was Oracle’s largest supplier of storage. EMC claims a huge installed base of Oracle customers, approximately 70,000, a figure that is 46% larger than Oracle’s entire hardware customer base. Oracle and HP were famous bedfellows in the Unix era and HP was Oracle’s strategic hardware supplier for the original Exadata solution. Even IBM, Oracle’s largest competitor, touts the importance of Oracle customers to its business.

Everyone wants a piece of the Oracle action.

Fundamental to this strategy is the so-called “Red Stack,” which refers to the all-Oracle integrated solution comprising storage, server, hypervisor, OS, database, middleware, applications and management. The Wikibon community has extensively discussed the main questions around this strategy including when does it make sense to risk lock-in to simplify operations and increase agility.

Other questions in our community have revolved around the degree to which Oracle needs best-of-breed components of the stack to compete. For example, can OVM cut it as a strategic hypervisor, can SPARC and Solaris compete with Intel, Microsoft and IBM and what about storage? Does Oracle need to compete off-platform to secure best-of-breed status for each of the piece parts?

Observing Oracle’s storage strategy is instructive to this discussion. I’ve been tracking Sun and now Oracle storage for some time and would make the following seven observations:

This final point is important. There are three examples today where Oracle storage, (and only Oracle storage) exploit software function and make applications and databases run better.

Oracle’s Intelligent Storage Protocol (OISP): OISP is like a “speed dial” into Oracle Database 12c. It’s like Oracle has a Bat Phone to the Mayor’s office while everyone else is on rotary dial.  What Oracle is doing is attacking manual tuning of critical storage parameters, such as record size. Oracle claims OISP reduces manual tuning and re-tuning by 65%. How does Oracle do this? OISP feeds metadata details to the ZFS Storage appliance, which uses this information to dynamically tune storage parameters. Oracle controls the protocol and does not open up the metadata path to competitors.

Hybrid Columnar Compression (HCC): Oracle now compresses the data before it’s sent to the storage system, which generally results in the movement of less data and increases performance. Because compression is integrated with the Oracle Database, queries often can run directly on the compressed data.

Hybrid Columnar Compression uses a combination of row and columnar methods for storing data. This hybrid approach achieves the compression benefits of columnar storage, while avoiding the performance shortfalls of a pure columnar format (pure columnar works great for analyzing data, for example, but when it comes to transactions, a compressed column gets in the way, which slows things down).  Hybrid Columnar Compression only works when an Oracle storage system (e.g. the ZFS Appliance) is attached. Oracle claims it can achieve 10-50X compression rates with HCC.

Oracle’s integration strategy, quite simply, is to drive operational costs out over time. It’s early days but Oracle realizes high degrees of integration will yield lower operational costs. Oracle doesn’t make money from customers spending effort on tuning databases and applications. As well, Oracle’s customers constantly complain about license and maintenance costs. Oracle, rather than cutting price, is selling value by touting integration as the lynchpin.

Today, nearly 70% of spending related to server and storage infrastructure goes to labor costs over the life of the systems. Oracle’s strategy is to lower the costs of management, leaving more to spend on Oracle software and integrated systems. This message/strategy will resonate with senior IT executives who want to focus human capital on more strategic activities.

Meanwhile, Oracle’s storage competitors will argue their systems are more functional and as such they’ll be able to replicate Oracle’s value, despite being locked out. The battle, as David Floyer’s piece on this topic demonstrates, comes down to the following four factors:

Regardless, as San Francisco football coach Jim Harbaugh says: “you‘re either getting better or you‘re getting worse…”

In the case of Oracle’s storage offerings generally and specifically the ZFS Appliance, it’s getting better. 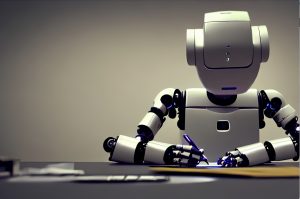 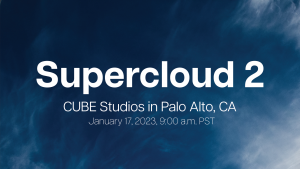 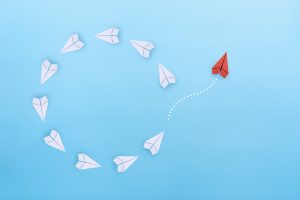 Breaking Analysis: CIOs in a holding pattern but ready to strike at data monetization