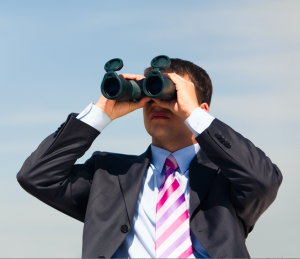 This transformation is being driven directly by the company’s CEO who has stated that, “85% of our IT spend is non-differentiating for the business.”

This is a critical statement by the CEO for a number of reasons:

1.     CEO-level awareness that digital technology is critical to the transformation of the business.

2.     The significance of the number (85%) creates a sense of urgency that change must happen – large changes and fast changes.

3.     Provides a top-down imperative to drive change across the organization.

4.     Establishes that the business is in transition and that a new approach needs to be taken by IT to help the business succeed.

From a technology perspective, there are several key elements to Royal Philips’ planned transformation:

1.     The company plans to build a horizontal, shared-services platform to be used across business-units and across the three core business workflows.

2.     The elements of the platform will be exposed to the business as “services.” This aligns to the famous memo at Amazon from Jeff Bezos, which mandates that all interaction between groups must be via an API. This approach allows individual groups/services to move quickly and innovate, while exposing their service to the rest of the business.

3.     The platform will be based on “consumption-based infrastructure”, which aligns to the economic model presented by leading public cloud providers. It moves the cost model from CAPEX-centric to OPEX-centric, and aligns costs directly to usage.

4.     The focus of the platform is on software and the agility enabled by software. Hardware is no longer the focus for the Royal Philips team, other than around performance characteristics delivered by the new platform.

From a business/economic perspective, there are also several unique characteristics that Philips is implementing:

1.     All core suppliers must enable the consumption-based infrastructure model. If a supplier is not able to deliver this directly, they may participate with another partner (eg. SAP software sold on-demand via AWS or Atos).

2.     There will no longer be RFP processes to procure infrastructure or application services.

3.     Royal Philips and their suppliers will have to change their existing selling, finance, legal and compliance models to adapt to this new set of guidelines.

This approach will put existing vendors who are not aligned to a cloud model at a significant disadvantage because their business models are primarily CAPEX-centric. Making a shift to OPEX-centric is possible with software and services, but no hardware vendor has ever been successful with this model. This not only disrupts their direct selling model, but also their indirect selling model. As noted by Mr. Nance, this approach often finds significant pushback from the sales teams that previously owned a CAPEX-centric quota.

As we go into 2H2015, few vendors have figured out how to either slow down AWS or create truly competitive offerings. Many of them (Cisco, HP, EMC Federation, Google) are just now starting to offer public cloud services. Microsoft is reasonably competitive, and has scale, but it took the company at least 5 years of losing money to get there. Oracle only recently announced its full-blown cloud offering and is leveraging its huge software margins to compete with Amazon’s scale.

Now that AWS is disclosing its revenues/margins, it will be difficult for its competitors to continue to tell their customers (and board) the myths about AWS adoption. Many customers will continue to use security and compliance as a reason to avoid leveraging public cloud, but those customers (or IT groups) will face significant pressure from the business to find a way to improve agility and deliver more end-user friendly environments.  Those that remain purely on-premises will face significant pressure from their lines of business to try and deliver a more public cloud like experience, with more focus on services that enable more rapid development of applications (leaning towards PaaS and less towards IaaS).

Philips isn’t alone in this approach, but the company is still in the early-adopter category of trying to completely reshape the rules of how they will interact with suppliers and how they will deliver services. Most companies don’t have the ability to influence their vendors at this level, or see the breadth of change as a business-level necessity.

·      Alan Nance is an excellent example of an IT leader that understands the scope of change needed for the company’s IT investment to create business-level differentiation.

·      The shift in economics from software and on-demand (cloud) services are creating massive disruption in the IT market.

·      Many companies will struggle as the shift to consumption-based IT expands across all elements of the industry.

·      The challenges of attempting this change on a global basis vs. regional basis are not trivial.

·      The the economics of owning data centers does not work for most companies. But this logic will get severe pushback by IT organizations claiming that security and compliance are barriers to using external resources.

·      Companies that already own major data centers (AWS, MSFT, GOOG) or own the entire integrated-stack (e.g. Oracle) have the best chance moving forward.

·      The impact of open-source –both in terms of vendor revenues and customer acquisition/usage.

·      How are large companies actually executing changes at this scale? This ties into the DevOps discussion going on in many companies.

·      Are most of the major vendors missing the mark by having “Hybrid Cloud” stories that don’t involve AWS? Or is this a viable strategy to not help your biggest competitor?

·      Will this approach create new silos or can it be done properly where a services-centric model (SOA, API-driven) allows composable business logic and agility?

AWS has changed the economics of enterprise IT. CIOs must begin to implement new IT consumption models and think in terms of either massive scale or clear differentiation. Consuming human capital to managing IT infrastructure should be considered only in cases where it drives direct profit or clearly protects an organization’s assets. 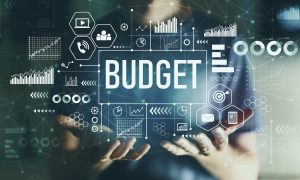 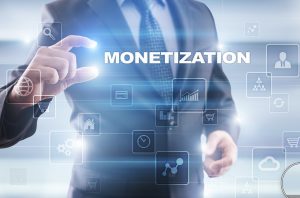 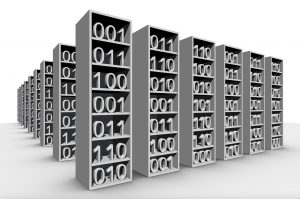